What Happens If I Relapse After Detox?

On the often long and difficult journey to robust addiction recovery, relapses can happen. Just like addiction itself, they can hit different people in different ways and rigid rules for how and when they occur are elusive.

The first thing to understand if this happens to you or someone you know is that a relapse doesn’t mean failure. Instead, it’s just a hard spot on a path to recovery that hasn’t finished yet. The second thing to fundamentally keep in mind is that knowledge always helps.

Knowing that relapse is possible and internalizing that it’s been dealt with by many others in similar situations -people who eventually recovered for the long run- will go a long way towards helping you deal with your own addiction setbacks. Insofar as information goes, here are several key things you should keep in mind for the sake of perspective.

Relapse has a key clinical trigger and it’s well researched

Yes, there are many specific causes and circumstances for an addiction relapse, but one of its major clinical triggers is something called PAWS. This stands for post-acute withdrawal syndrome, and it can be dealt with, even if it repeatedly happens.

PAWS is defined as a pattern of physical and mental withdrawal symptoms that manifest once you wean yourself off a substance that you’ve become highly dependent on. While the syndrome most often happens to people with an addiction to alcohol, benzodiazepines, or opioids, it can strike you even if you’re addicted to other mind-altering chemical substances.

PAWS most often happens during early withdrawal phases, when both physical and psychological effects of removing an addictive substance are usually at their worst. The key symptoms of PAWS include but aren’t limited to the following:

Physical illness in the form of:

The above are just a few key symptoms of PAWS. Others are however also possible and each individual’s own body might experience them differently in some way.

As a result of this multitude of discomforts, and because a person’s body is still craving what’s been taken away from it, PAWS is a leading initial trigger for early relapses.

Until your body naturally “resets” itself and detoxifies, dealing with PAWS can be especially difficult. This applies particularly if this is your first time ever dealing with recovery from an addiction, or if you’re trying to get a grip on the process without clinical support. None of this means that PAWS has to inevitably lead to falling back off the wagon.

The crucial things to keep in mind about PAWS are that it doesn’t last. The recovery capacity of your body is remarkably robust in most circumstances and the worst aspects of this syndrome will go away sooner or later, and usually sooner rather than later. Essentially, if you can get through the roughest patches of PAWS without going back to your addiction for relief, it will be much easier to handle once the syndrome fades into something much milder.

What else causes detox relapse?

PAWS and its post-acute cousins are just the first-line triggers for many relapses. Others often follow. And even if these long-term triggers for slipping back into old addiction habits are milder than most PAWS cases, they can be insidiously powerful, lingering for months or even years in the background until they pounce. Some common post-acute reasons for going back to an addictive chemical include:

All of these can occur at any time in your future or persist for weeks, months, and years as doorways to relapsing on an addiction. Each of them is manageable, especially with professional support and treatment, but it’s not always plausible to completely eliminate these potential triggers. This is something that you should absolutely learn to accept as a risk.

The dangers of relapse

Falling back into a chemical addiction doesn’t necessarily mean final failure against addiction, but this doesn’t mean it should be taken lightly either. If you’re addicted to certain particularly dangerous substances like alcohol or opioids, your next rounds of using them addictively are always capable of becoming tragic, or even fatal.

Less severely, detox relapse can be financially expensive, professionally destructive and it can absolutely ruin your existing relationships. In other words, while relapsing from detox isn’t something to be socially ashamed of, it is definitely something you should persistently fight against.

What if I do relapse then?

Whether you relapse during the PAWS phase of addiction control or at some point afterward, you need to remember that it can be handled. Relapse is almost always something that can be reeled back under control with effort and help. In other words, to answer the question of what happens if you relapse, it’s not necessary that anything major does happen. You can suffer setbacks and then calmly return to fighting back against them regardless.

In most relapse scenarios, it’s a good idea to go back into treatment and retry on effectively enduring PAWS until it dissipates. Doing this after previous experience with falling back into addiction can in fact make it easier for you to handle the feelings of shame and hopelessness that often also come.

As for long-term triggers of relapse, doing your best to avoid as many of them as possible can be enormously helpful. Obviously, it’s not always possible to simply cancel out existing life stresses, or existing chronic pain and mental illness symptoms, but any positive changes wherever they are possible will still help.

These can include distancing yourself from toxic relationships, sticking to a treatment program, going to therapy sessions and working towards improving career or personal life options for less anxiety about daily living and certain situations.

Whether you’ve relapsed unintentionally or intentionally and now want to become sober again, professional support can make a world of difference for your prospects of long-term success. The fight against addiction isn’t usually about winning a single major battle and then considering yourself safe. Instead, it’s often a slow battle with many weak moments. Having someone with qualified experience in addiction recovery there to guide you during crucial moments can create enormous advances much more quickly. The vast majority of adults will consume alcohol at some point in their lifetime, and many will drink on a regular basis. The 2019 National Can You be Fired for Going to Detox?

When a person deals with addiction, they struggle to find a way back to sobriety. Detox is usually the first step in this journey, and 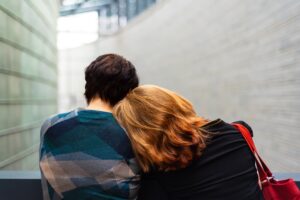 Drug and alcohol addiction is a severe problem in the United States. In fact, it is considered a national epidemic. According to statistics from the 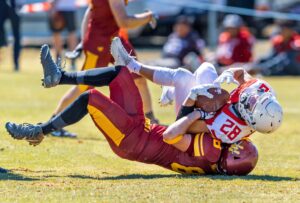 In 2019, opiate abuse was responsible for about 50,000 overdose fatalities in the US. Further, a separate study determined that opiate abuse is a rampant

Read More »
June 7, 2022
Contact Us For A Free Insurance Verification
We Are In-Network With